Save money on food and life.

So…I’m not sure if the landlords were OK with us doing this, but uh…we kind of re-painted the kitchen cabinets. Personally, I think it’s way better  than before, but let me start from the beginning.

We knew immediately upon seeing the kitchen cabinets that we were going to re-paint it. After much debate between cream, mahogany, white, or black…we decided to go with…

I did my online research with the black paints, and ended up buying this one from Home Depot: 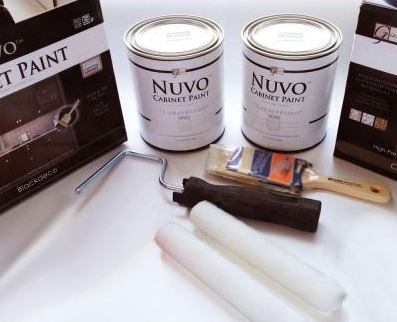 I dunno, I think paint is super important. Especially black. Sometimes it’s too shiny, looks fake, too matte, or flat…etc. Sometimes it ain’t even black at all, and it’s actually navy. You know what I mean.

Anyways, the paint arrived. We got so excited we just painted one side and called it a day. 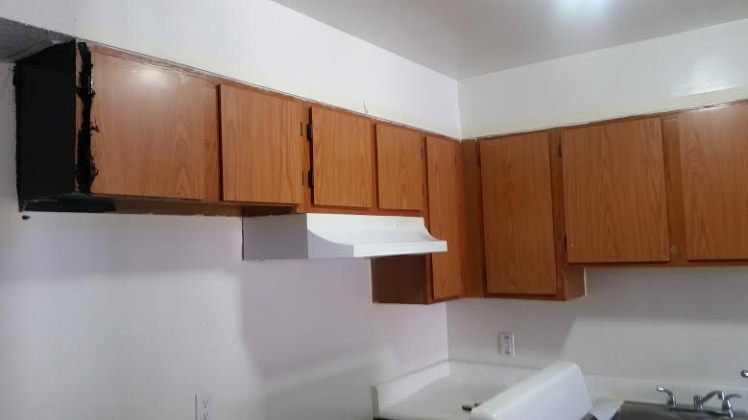 Just kidding. Apparently Clement had some painting experience, and he said we needed to work on the contouring first. Fine. But what he didn’t expect was the shittiness of the masking tape we used.

I take that back – his common sense was kind of lacking when it came to this masking tape. I think he painted a wall/door once, and called it experience. Weirdo. But dude was poking that damn paintbrush into the masking tape like it was no one’s business.

I am amazing and I painted the front, but Clemmy did the contouring. He also drew the lovely heart with “C+S JTM” on it and made me take a picture.

Blah, blah, blah – 6 hours later, and we finished the first layer…second layer. Painting was fun…but SO BORING AND TEDIOUS SOMETIMES! But here’s the final result…after the masking tape was removed. 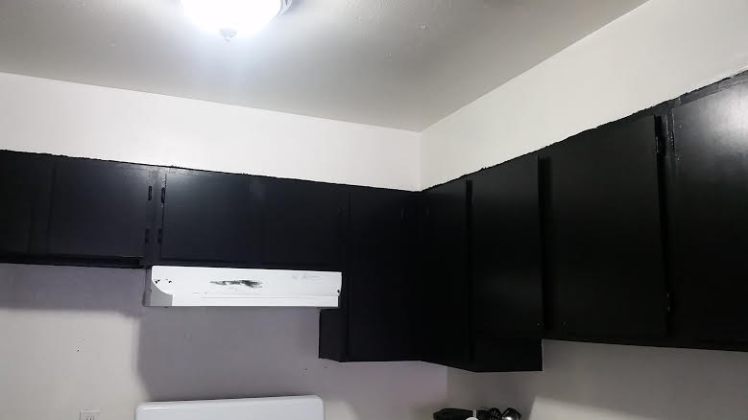 WHY WE EVEN GONNA USE MASKING TAPE IF THE PAINT IS JUST GONNA SEEP THROUGH TO THE WALL, YO? Not sure if you can see the messiness in this picture, but shit looks so bad. I knew it was gonna turn out like this, but my proud proud Clemmy refused to listen because he’s got that painting experience.

So after he calmed down and realized that he may have effed up (we both agreed to blame it on the masking tape haha), we decided to borrow the landlord’s white paint and clean it up.

I didn’t let him touch it, and I ended up using my womanly finesse to straighten out the messy edges and BOOM: 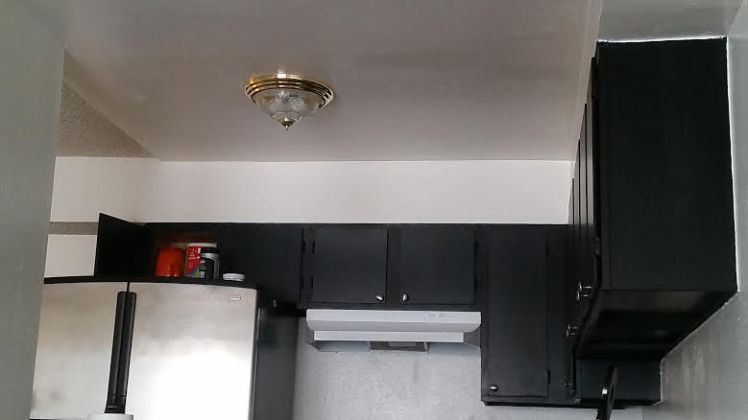 I honestly think it was a very good deal. And LOOK!!!!! My cabinets match the damn over-sized fridge now. Hopefully this post makes sense and doesn’t sound too douchey. I’m currently watching Vanderpump Rules…so I’m on that level right now.